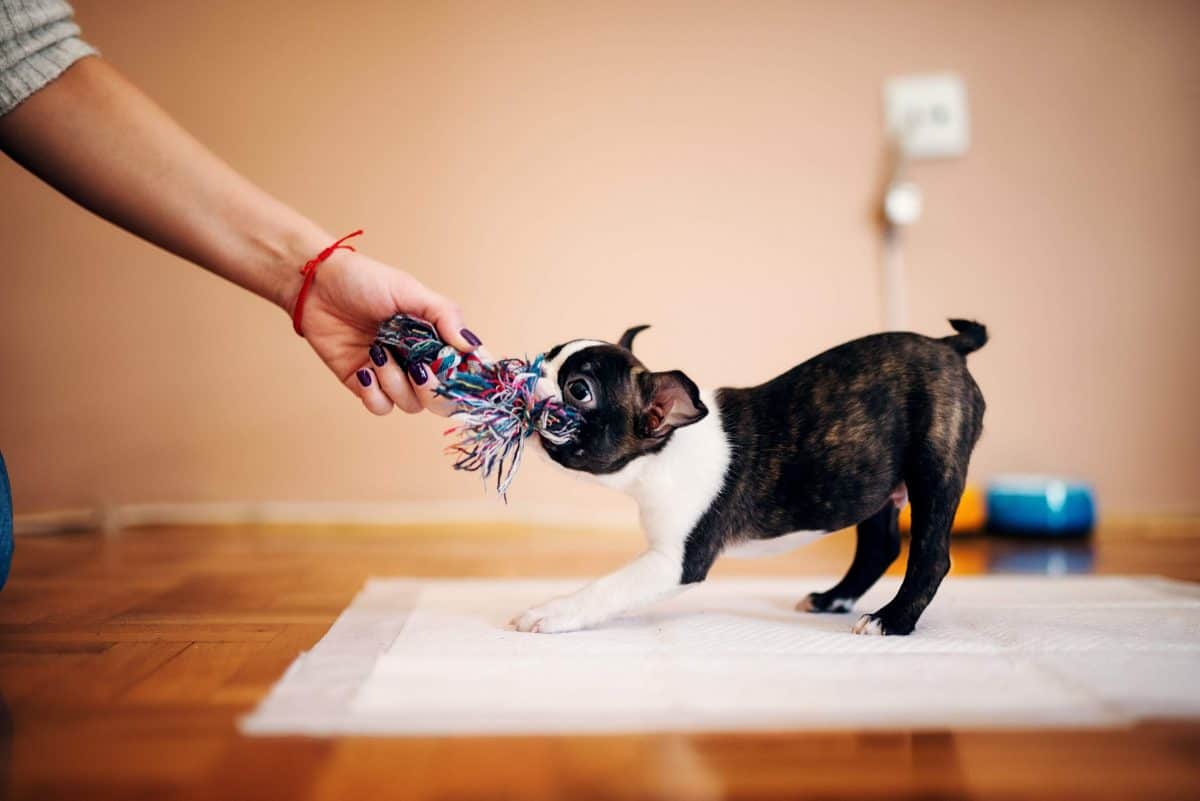 There is a school of thought that suggests we shouldn’t play Tug of War with our pups because it can create aggression. That same school of thought will say that if you do play Tug, make sure you always win so that the dog knows you’re the boss.

I could not disagree with that school of thought any more if I tried. In fact, playing Tug of War with our dogs can be a wonderful activity. When done well, and with a few easy rules, it can be an excellent addition to your dog’s list of exercise and enrichment activities. Playing Tug of War improves your dog’s eye-mouth coordination (his aim and grip). An excellent upper body exercise, tug of war works the muscles of the chest, shoulders, forearms, and core. Played well, this builds and deepens bonds between dog and person. It can also decrease the likelihood of your dog developing resource guarding of various items!

What’s more, when I play Tug of War with dogs, I use that play time to practice SIX different skills which help improve the dog’s overall impulse control and ability to settle quickly after high arousal. The skills I practice include: Drop, Sit, Focus (eye contact), Wait (while I toss the toy), Get it, and Bring it.

So what, then, is this “right way” to play Tug of War? Let me break it down for you.

Rules for Playing Tug of War

Use a long enough toy that you can hold it with a firm grip while still leaving plenty of room for your dog’s mouth to have a good grip. I hold each end and present the middle to the dog.

Wherever the dog grabs, I can let go of the end that is closer to the dog’s mouth. If the dog re-grips during the game, migrating toward my hand, I just take hold of the other end, letting go of the end she’s closer to. This keeps the game going without risking any inappropriate contact during play.

If at any time during the game you feel teeth (even incidental contact), drop the toy, pull your hands to your chest, and look or turn away from your dog for 10 seconds. This is total disengagement (Active Disengagement). After the 10-second pause, you can resume the game with the same toy or offer a new toy.

NOTE: It doesn’t matter if the dog continues to play with that toy or even if she walks away with it. The game between you has ended, and she will come to understand that her teeth touching you is what routinely ends her game. If she wants the game to continue, she’ll pay more attention to where she puts her teeth.

LET THE DOG WIN 50%-80% OF THE TIME!! This is so very counter to that other school of thought, so why is this so important? We are building a bond and a trust with this game. Games need to be fun, and both sides need to have experience winning. If the dog never gets to win, then the game builds frustration and/or boredom. The dog learns she can’t trust you to play fair. But . . . if we let the dog win regularly, she is more likely to enjoy the game. If she’s enjoying the game, she will want it to continue, and that builds the bond.

Letting the dog win also involves letting go of the toy. Instead of disengaging as described above, you stay fully engaged. I usually say something in a cheery voice like, “Oh! You win!!!” and leave my hand available, palm toward the dog. This nearly always results in the dog shoving the toy back into my hand to keep the game going.

When you’re done playing, say so.

Tell your dog something like “Finished,” and then walk away. You can trade the Tug toy for another toy the dog is allowed to have, or you can let her keep the Tug toy and you just leave the game. Either way, the dog will learn that “Finished” means you’re done playing.

By using these simple rules, you will be able to enjoy many games of Tug of War with your furry family. At the same time, you will strengthen your bond, build trust, and teach your dog how to adjust her aim and grip to keep the game going. If you need help learning the skills I practice throughout the game, find your nearest force free/Fear Free ™ trainer to give you guidance. Now, don’t be afraid to play! 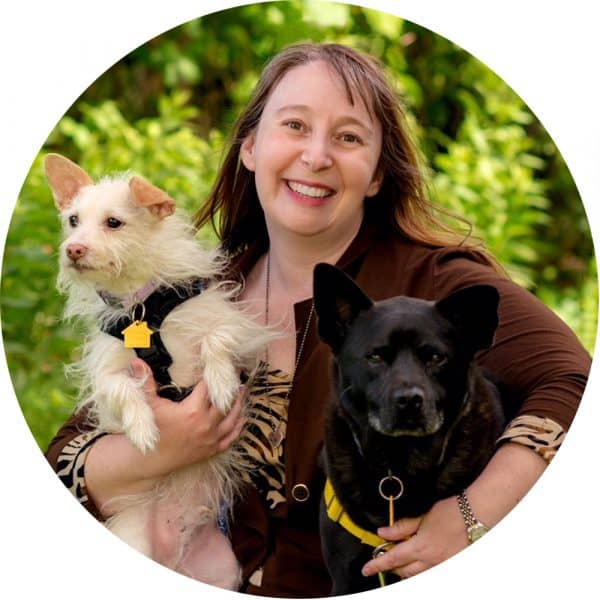 Jody Epstein is a certified behavior consultant, certified professional dog trainer, and holds a master’s degree in animal behavior from Tufts University. She has been training professionally for more than 12 years and is pleased to be part of the Academy of Pet Careers team, teaching the next generation of trainers. Look out for her blogs on all things dog training and animal behavior.

Learn how you can start a rewarding career working with animals. Become a Dog Groomer, Trainer, or Vet Assistant today! 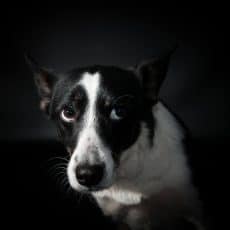 The Myth of Reinforcing Fear 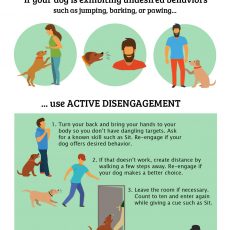 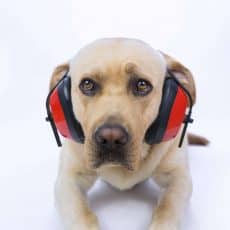 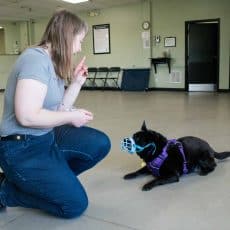 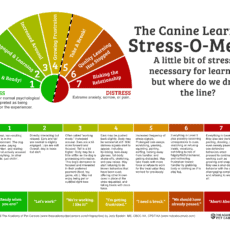 We are using cookies to give you the best experience on our website. You can find out more about which cookies we are using or switch them off in settings.

This website uses cookies so that we can provide you with the best user experience possible. Cookie information is stored in your browser and performs functions such as recognising you when you return to our website and helping our team to understand which sections of the website you find most interesting and useful.

Strictly Necessary Cookie should be enabled at all times so that we can save your preferences for cookie settings.

If you disable this cookie, we will not be able to save your preferences. This means that every time you visit this website you will need to enable or disable cookies again.

This website uses Google Analytics to collect anonymous information such as the number of visitors to the site, and the most popular pages.

Please enable Strictly Necessary Cookies first so that we can save your preferences!