Many people are finding second careers in the pet care industry, many of which becoming dog groomers. It is important to know what the average dog groomer salary is in the US.

The obvious appeal for a grooming career is the ability to work with animals on a daily basis. Often times it is not enough to just work with animals, it is important to make a comfortable living too. Find out below how much income potential there is for dog groomers. 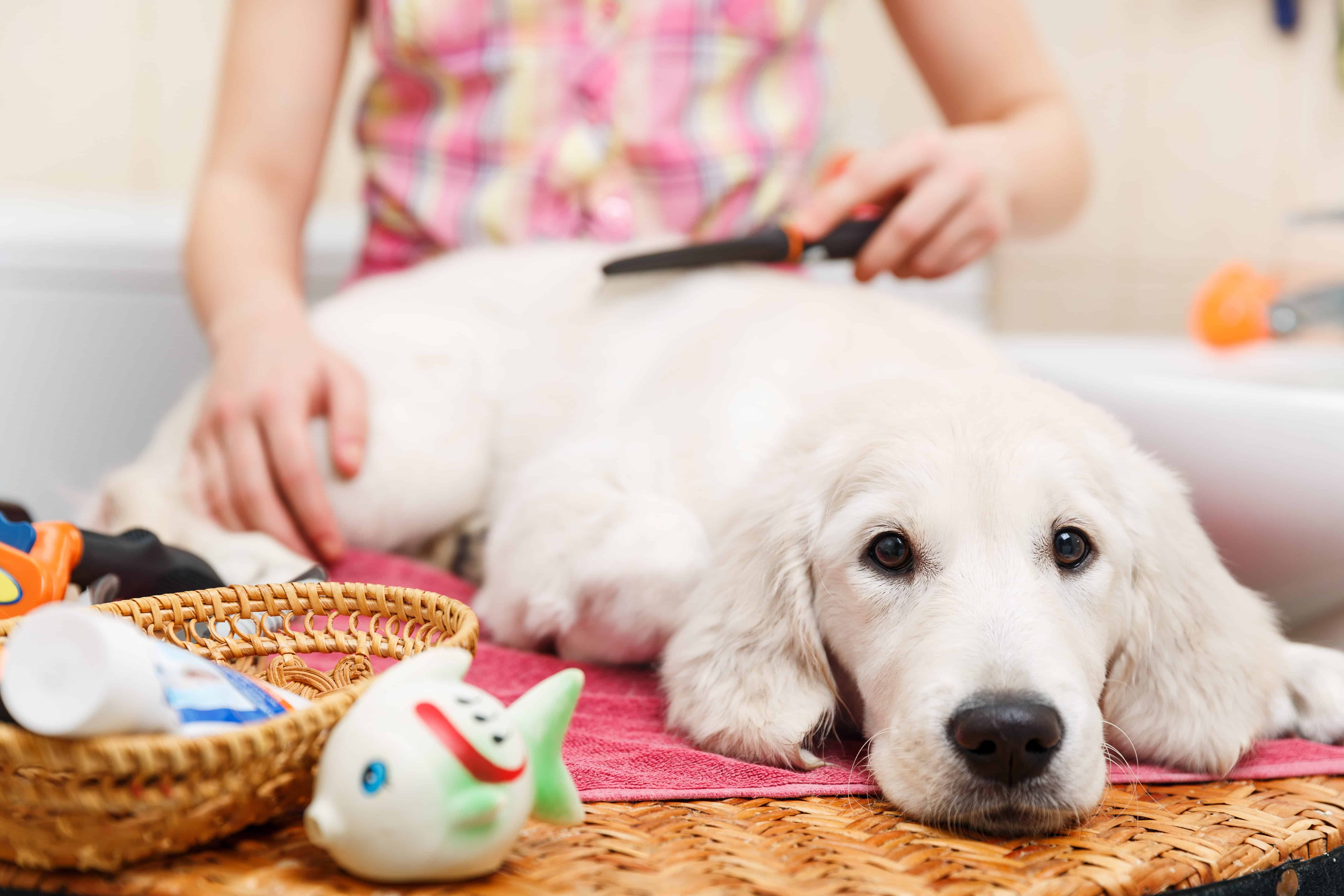 How Much Do Pet Groomers Make?

Note that these numbers are for the average dog groomer salary and they don’t include tips and bonuses. Tips can be a significant portion of a dog groomers income. Statistics show that established groomers can make up to an additional $4.26 per hour in tips alone ($8,860.08 per year when working 40 hours per week).

As a dog groomer, you will come across two different pay structures and it is important to understand each's benefits. U.S. grooming salons have traditionally used a commissioned pay structure. These businesses pay their dog groomers a commission per dog they complete. The commission usually ranges from 30% to 60%, with the average being around 50%.

The second structure, which is becoming more popular with grooming salons, pays a stable wage to their dog groomers. At these salons, the average dog groomer salary is usually based on speed and efficiency. Such a pay structure is usually found at salons that have higher capacitie. Because of this, they are more interested in having stable dog groomers and they can afford to pay you even on slower days. The benefit to you is a stable, consistent income that doesn’t fluctuate based on seasonality.

Dog Grooming Jobs Near You (Enter Your City, State)

How to Become A Dog Groomer

If you would like to become a dog groomer, the best place to start is by attending a dog grooming school. The benefits of this include the ability to receive comprehensive, hands-on education, and a certificate that is recognized in your industry. Most hands-on schools also help with job placement and already have a network of businesses that hire their graduates. If you’d like to learn more about how to become a dog groomer, give us a call at (636)489-5356 to schedule a school visit!

In the force free training world (aka positive reinforcement), we try to minimize the amount of stress our pets experience during training. But in order to answer how much stress is too much stress, we must first understand a little bit more about “stress.”   Types of Stress There are two types of stress an…

When Medical Problems Are Found in Grooming

Assessing Medical Problems   Most of the dogs that we groom see the groomer more often than they see their vet. It’s important for us as groomers to be an additional set of eyes. During grooming we often find problems that owners weren’t aware of or we take a closer look at something that they’re…

Many states in the USA are looking into requiring licensing for groomers and for trainers. What is driving this perceived need for licensing? Owners want their dogs to be safe when they’re dropped off with the groomer, trainer, or other pet professional.   Many of these states started off with a story of an injury,…